Evans and Miles hand Audi victory at the Island 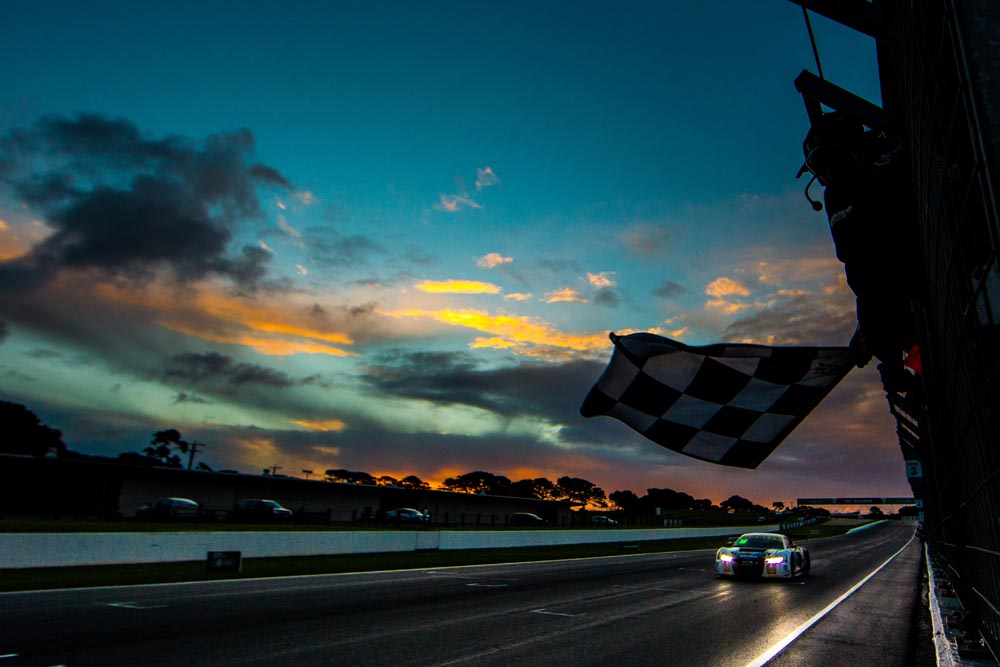 Audi drivers Jaxon Evans and Tim Miles have combined to claim the opening round of the Australian Endurance Championship at Phillip Island.

The duo overcame tricky, changeable conditions, which saw the race start in bright sunshine before torrential rain lashed the 4.445km circuit, holding on ahead of Dom Storey and Peter Hackett.

Starting from sixth on the grid, the Valvoline Jamec Pem Racing Audi rose to the front of the pack through a combination of solid pace and clever use of strategy.

“I knew he had the speed, so I was really, really looking forward to driving with him,” said Miles after claiming his first Australian Endurance Championship race win alongside Evans.

“Jaxon did such a good job in qualifying, and I did okay, so we had a good qualifying position.

“Then, by the time I pitted, we were still sort of in the lead group,” he added. “Jaxon just had the pace to come through to the front and keep us there.”

Despite heading the race for the last 23 laps, Miles admits he remained nervous until the chequered flag finally fell at the end of the rain affected 103-lap encounter.

“They said that you had to put your overalls back on to go on the podium, and I wasn’t prepared to put them back on until the last lap,” he laughed.

“Audi Sport Customer Racing Australia gave us a car that was unbelievable in those conditions; it was fun to drive. It was a great result.”

The early stages had been dominated by the Hackett/Storey Autex Mercedes-AMG GT3 and the Mega Racing Porsche 911 GT3-R of Liam Talbot and John Martin.

For lap after lap Talbot and Hackett circulated at the front of the pack, before the bright sunshine was replaced with a sudden downpour that saw much of the field dive into the lane.

In the congestion, Hackett found his exit blocked, dropping a lap as Max Twigg took over at the front courtesy of not pitting in the WM Waste Management Services Mercedes-AMG GT3.

However, with conditions treacherous, Twigg soon slipped down the order, promoting Miles to the front of the race.

Carving his way through traffic following his stop for wet weather Pirelli tyres, Talbot soon reeled in Miles and passed the Audi for the race lead, having recovered from a spin shortly after the withdrawal of the first safety car.

However, there was drama when a timing issue for the race leading Porsche saw them return to the pits shortly after serving their second pit stop, a move which dropped them to tenth place in proceedings.

Despite falling off the lead lap in the early pit lane rush, the Hackett/Storey combination made big strides forward, clawing their way back onto the lead lap before mounting a challenge late in the race for victory.

Evans though proved too strong, the youngster controlling the pace to secure his first Australian Endurance Championship victory.

Third place for Ross and Luff was just rewards for the YNA Autosports McLaren 650S GT3, which had suffered engine dramas during Saturday’s qualifying.

Ross scythed his way through the field in the early stages, handing the car over to Luff in a stunning fourth place, having started 15th.

Geoff Emery and Garth Tander claimed fourth place in the second Valvoline Jamec Pem Racing Audi, Tander chasing down a more than 60-second deficit in the closing laps to pip Jake Camilleri almost within sight of the flag.

Early on, Emery found himself embroiled in a thrilling battle for third place which saw Roger Lago (JBS Australia Lamborghini) head a train of cars that stretched back to 11th place.

A moment for Emery saw the Audi driver lose a number of places, though recovered well to hand the car to team-mate Tander in tenth place after 62 laps.

The early call paid dividends later when they were propelled to the head of affairs, leading more than a dozen laps before a late stop dropped them to fifth after a brilliant performance from both drivers.

Victory for Miles and Evans sees the Audi pair take the lead in the CAMS Australian Endurance Championship points standings, with the Storey/Hackett combination just 13-points back in second place. 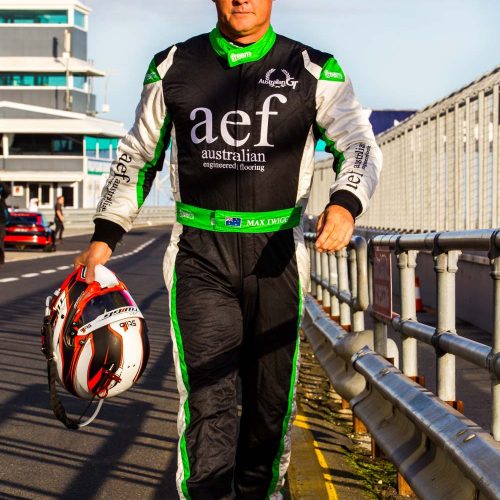 Twigg brings up a ton at Phillip Island 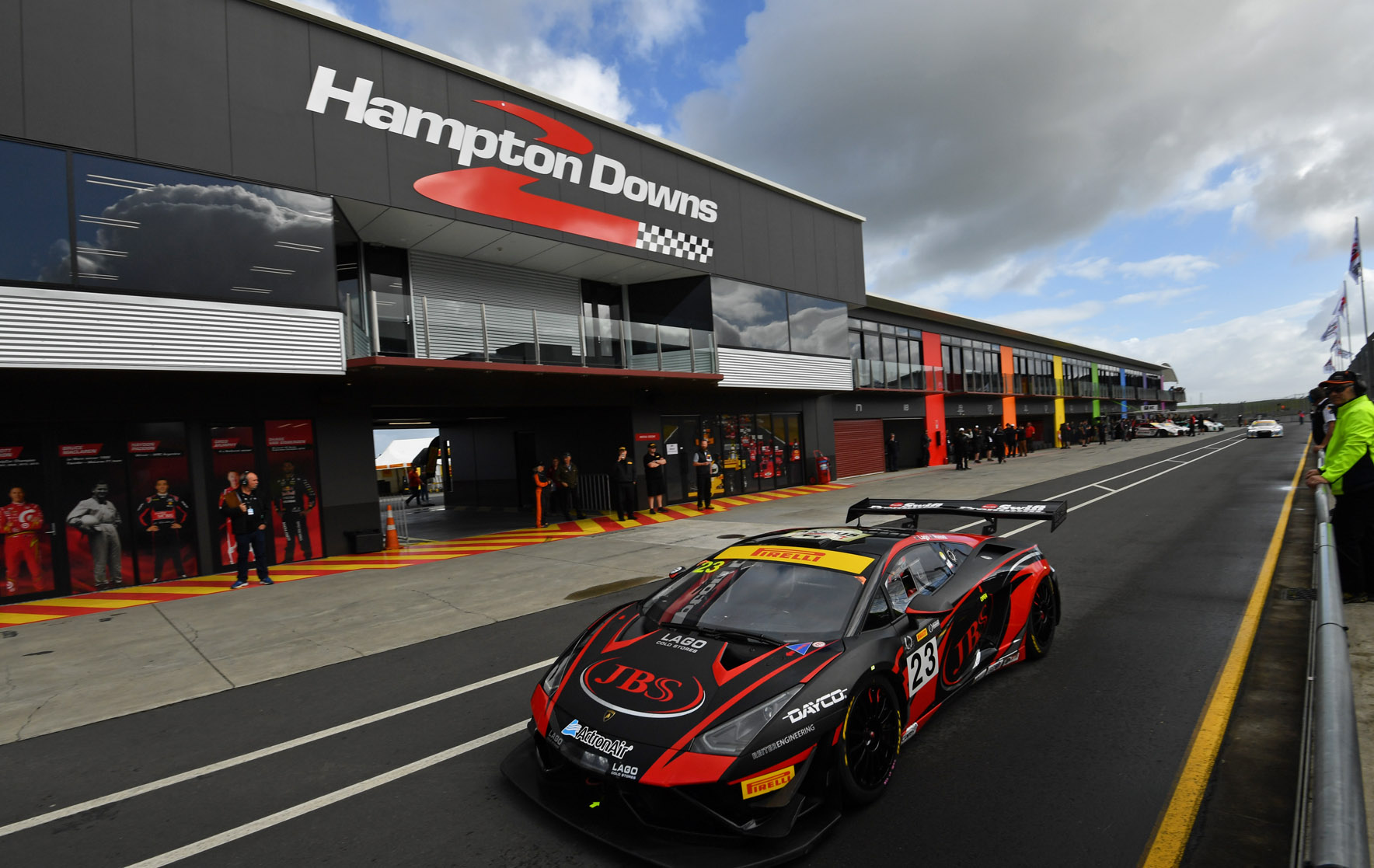