Twigg/D'Alberto victorious at The Bend 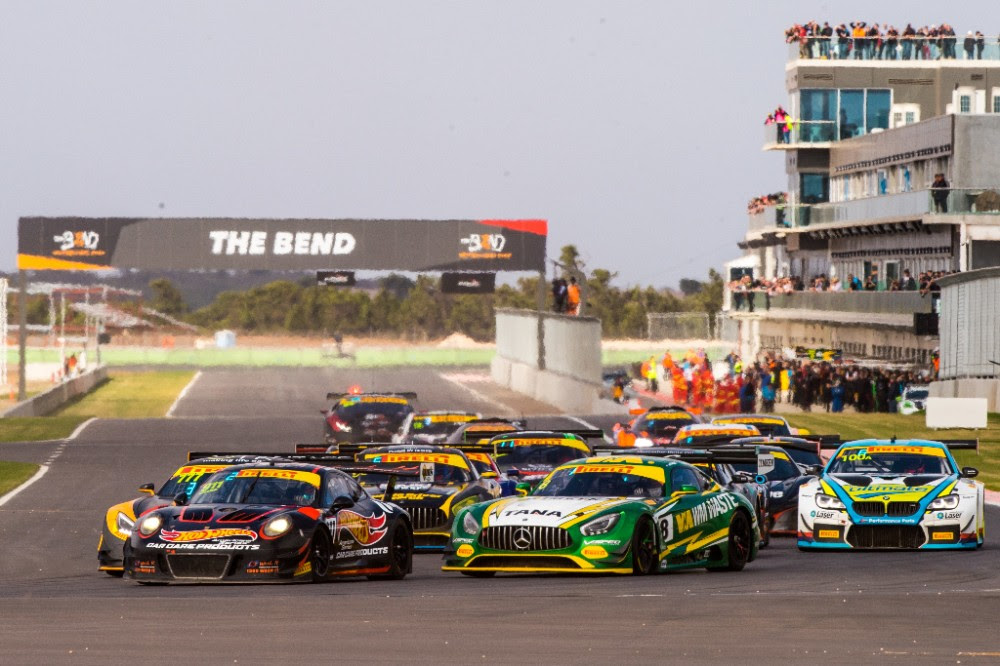 “If you drive outside your rating, you win – it’s like golf, if you play better than your handicap you do well,” said Twigg.

“I think I drove well, I think Tony drove well, and that’s what happens. We stayed out of trouble, we qualified strongly, and we just put it together.

“If you win any of these endurance races, it’s three times as good. It’s a major, it’s the one you want to win,” he added.

“And a new circuit, we worked it out quickly, and the track came to me more and more as I drove it. I’m thrilled.”

“Max did a fantastic job at the start, settled into a nice rhytym, handed the car over to me in first and it was pretty simple from there on,” explained D’Alberto.

“The car was fantastic. The STM boys just did a great job; the pit stops were clean, and that’s what we were aiming for this weekend.

“Thanks to all my sponsors, WM Waste, V-Spec Performance, all the guys who get me here, it’s just nice to repay some of their faith.”

Having qualified on pole, Twigg slipped behind Martin at the start, before Jake Fouracre (Eggleston Motorsport Mercedes-AMG GT3) claimed third with a strong move on the second tour.

Following an early safety car Tiwgg briefly dropped to fifth before climbing his way back up the order as those around him began to pit.

Running an alternate strategy, Twigg remained in the car for the first 38 laps before handing it to D’Alberto for the back half of the race.

The Talbot/Martin entry held second for much of the race, the early safety cars eliminating the lead Martin had built on the opening two laps.

An equally impressive performance from the BMW Team SRM crew was rewarded with the final podium position, with Steven Richards well supported by Michael Almond.

The fast starting Almond climbed one spot on the opening lap, working his way forward before handing the car to Richards on Lap 35.

Richards came close to Martin in the dying stages of the race, but with only a handful of laps remaining he was unable to bridge the gap to mount a serious challenge.

David Reynolds, who shared the Aussie Driver Search Mercedes with Jaie Robson, recorded the fastest lap of the race, his 1:47.6978s also the new outright lap record at The Bend.

They also head the CAMS Australian Endurance Championship after the first of three rounds. 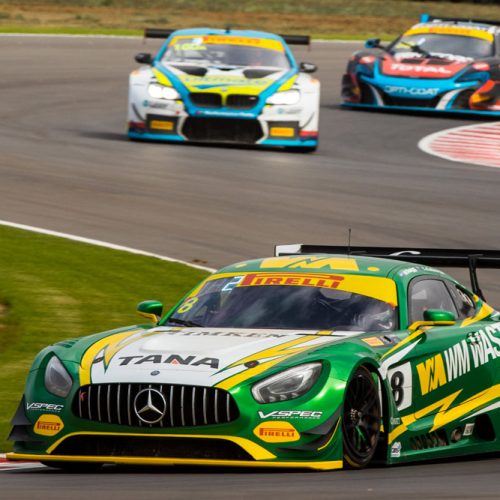 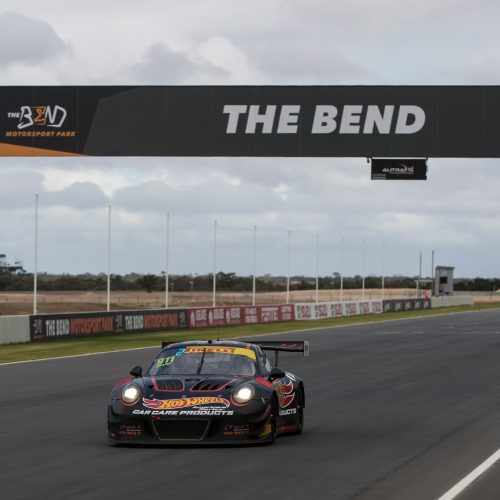