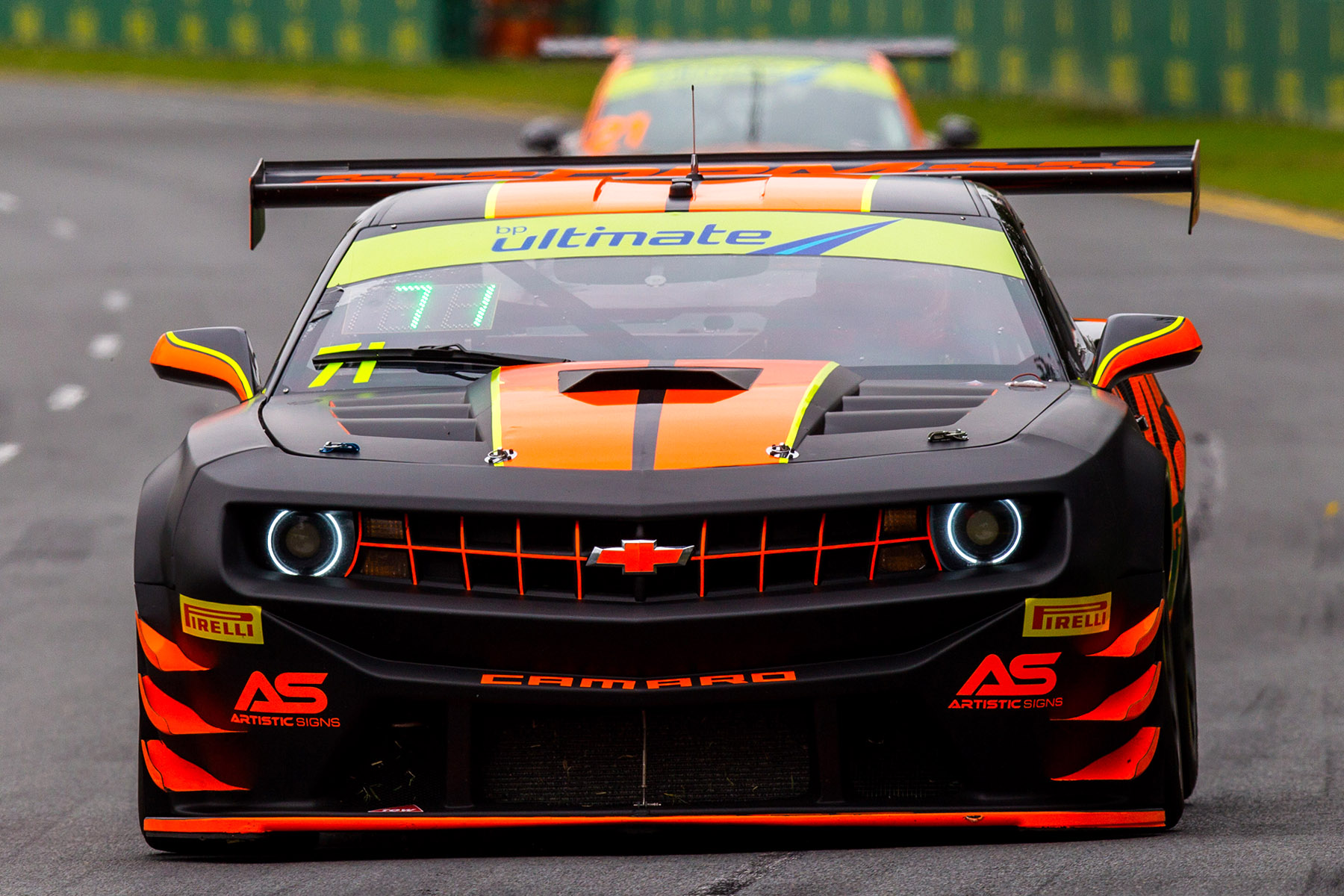 With 7.9 litres of pure American V8 muscle under the hood, the mighty Reiter Engineering-built Chevrolet Camaro is a real head-turner in GT3 guise, and after a couple of seasons of ongoing development, Melbourne engine-tuner Dale Paterson finally has the car in the window, the Trophy Series front-runner fired up to continue that development after an impressive run in the season-opening Australian Grand Prix.

“The Grand Prix was a whole new experience for me this year,” Paterson admitted mid-weekend ahead of the final two races at Albert Park. “In opening qualifying we found something like six seconds on our pace from 2018, and had some great support too from the car’s constructor Hans Reiter who was on hand at the Grand Prix this weekend.

“Over the years we’ve struggled a bit to find the ideal setup for the car which is perhaps under-tyred and over-powered for what we have to work with. It’s fantastic to drive and I get a huge buzz out of steering it, it’s also a big crowd pleaser and it works in perfectly with my after-market engine tuning business which has a heavy focus on the Chevrolet product, so it suits me perfectly.”

With many of the Camaro GT3s now retired from active duty, Paterson has been largely on his own, and through past seasons had been frustrated by a lack of pace and very few answers, although he always believed the car was capable of mixing it with the front half of the field.

“A couple of seasons ago we decided to start developing the car ourselves after a number of people had a go at trying to sort out the challenges, but we just didn’t seem to be getting anywhere. Last year I elected to park it and go on a development program to see if we couldn’t find the sweet-spot ourselves, and the Grand Prix showed that we’re certainly closer than ever, and that gives me the motivation to take the fight to the other Trophy Series cars this year.”

At the Grand Prix Paterson was consistently inside the Trophy Series top five in all four races, and very close to the tail of the podium contenders – just reward for his off-season efforts.

“There’s nothing better than working on a setback and finding a solution,” Paterson admitted. “People have asked me why I don’t just upgrade to one of the current front-running cars, and whilst at times that has looked like a sensible option, I love the Camaro, it suits me, it suits my business and I love to drive it, I honestly don’t think I’ll ever give it up – it’s family now!”

For Paterson and the rest of the Trophy Series title contenders, they will head to Barbagallo Raceway in Western Australia for a day-night event with two of the three races under lights alongside Supercars across May 4-5.
#australiangt 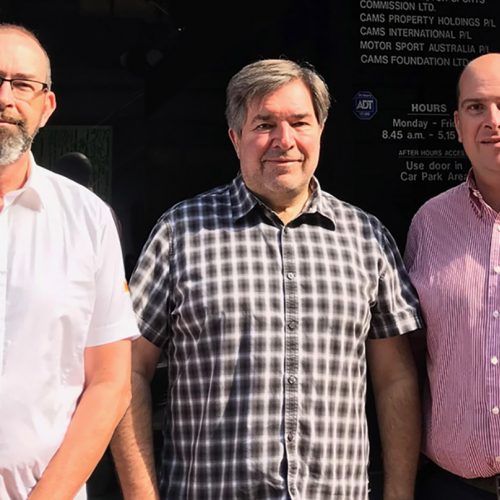 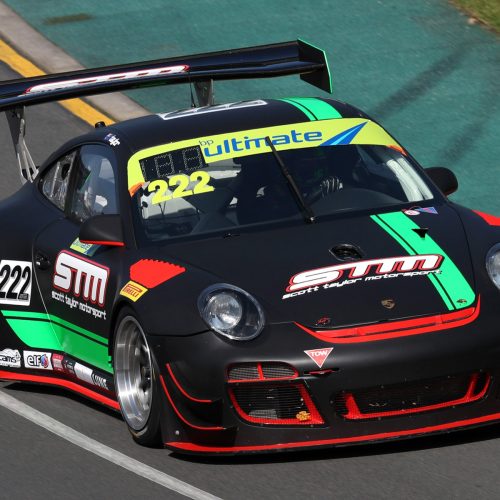