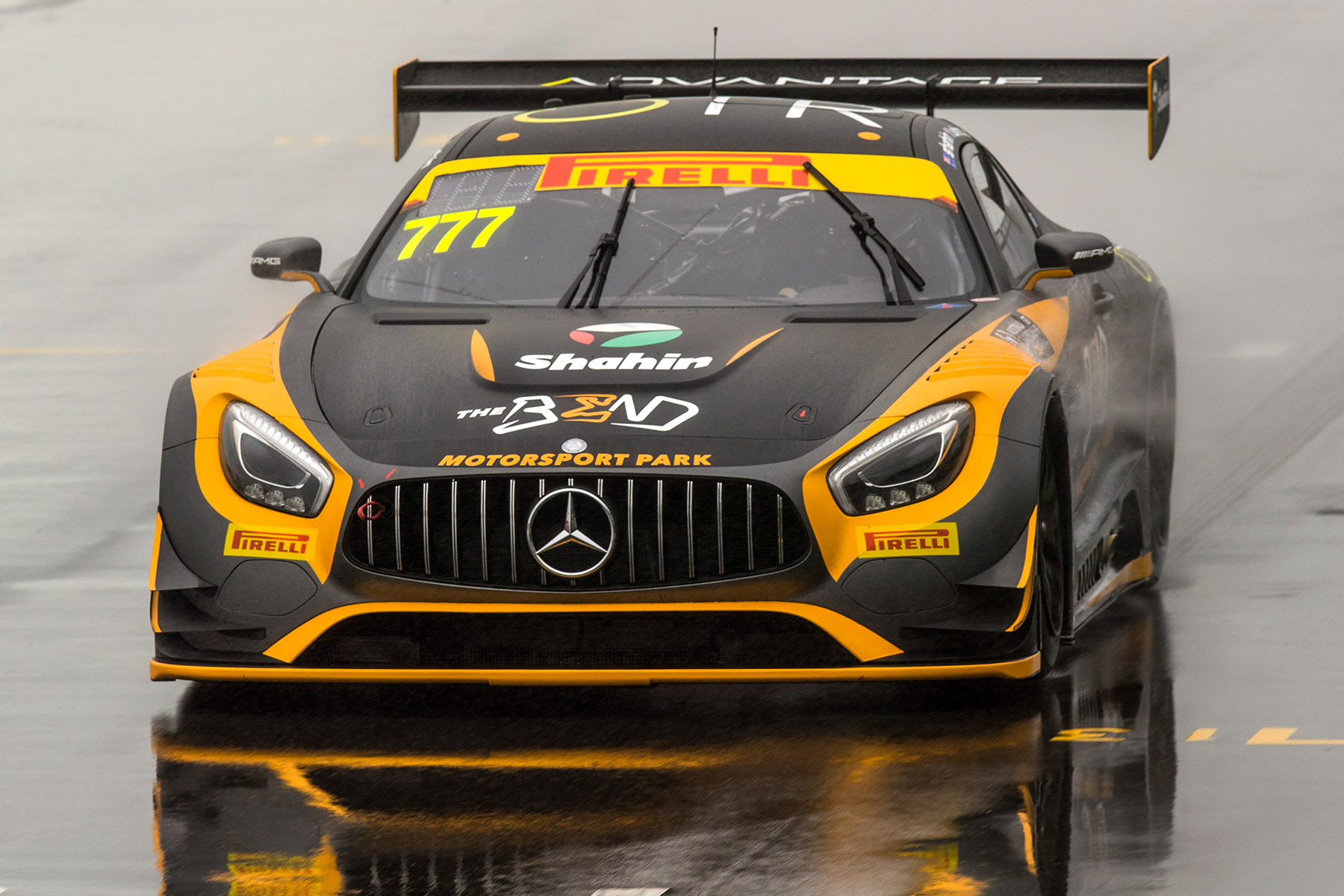 Campaigning – fittingly – The Bend Motorsport Park Mercedes-AMG alongside venue owner Yasser Shahin, Whincup turned some impressive laps in conditions that changed throughout the day despite the Red Bull driver suffering from a head cold.

He wasn’t quickest in the opening 20-minute session, that honour went to Eggleston Motorsport’s Peter Hackett in arguably the worst of the days conditions, the #63 Mercedes taking the top spot from Shahin and Whincup, and Shane van Gisbergen who was turning his first laps in the Trofeo Motorsport Lamborghini in wet conditions, the Supercars star captivating the fans online with his car control in the slippery conditions.

Despite mother nature teasing the teams with blue sky appearing on the horizon throughout the day and a dry line appearing early in practice two, the conditions deteriorated across the 40-minute session, but not before a trio of AMGs led by Whincup, lowered the opening session times by as much as ten seconds, Dom Storey ultimately second fastest, with Tony D’Alberto also bringing the reigning champions into the mix.

Fraser Ross and Ryan Simpson established some valuable data for the 59Racing McLaren operation, Ross building on his past experience at the venue, whilst Simpson was matching his first laps of the circuit with his first wet laps in the McLaren, the Phillip Island top qualifier though impressing throughout the day.

Despite wowing the fans with his display during the opening practice session, Shane van Gisbergen left Liam Talbot to complete the second session, the former GT race winner revelling in the conditions and smiling from ear-to-ear at the end of his run, so much so that he admitted he’d be praying for rain overnight to endure a wet qualifying session on Saturday morning.

Scott Taylor too was impressive, the STM team-boss too enjoying the testing conditions to be not too far off Talbot’s pace, whilst Richard Gartner and Hadrian Morrall enjoyed their first laps in P2 after sitting the opening session alongside the #8 and #222 STM AMGs.

Glen Wood set the GT4 pace in the McMillan Engineering Group KTM, now resplendent in MEG blue, he and team-mate Justin McMillan comfortably clear of David Crampton and Trent Harrison who were turning their first laps after the disappointment of the endurance season opener at Phillip Island, where a technical failure forced an early retirement and cost them valuable championship points.

Saturday will see the teams face an early qualifying session with every chance the circuit will remain damp, although the 2:50pm race start is expected to see the circuit return to dry conditions for the second three-hour race of the season. 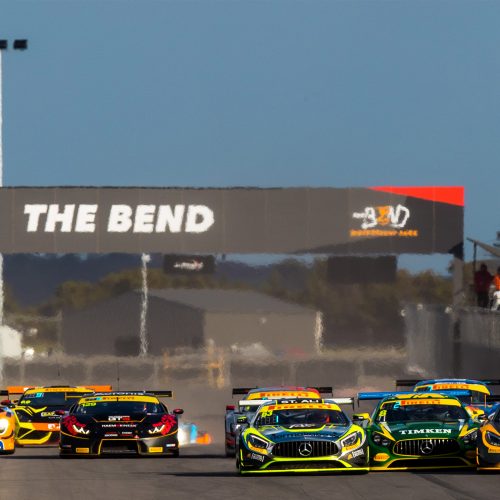