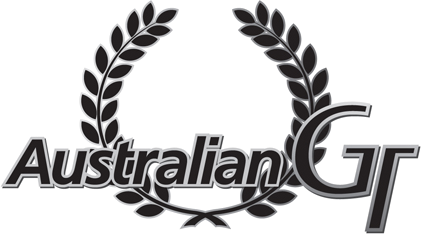 The #27 Ferrari 458 Italia GT3 had been strong all weekend at the hands of Auckland-based drivers Jono Lester (25) and Graeme Smyth (23), finishing runner up in the Australian GT final round on Saturday with second and third placings.

Despite this, Lester and Smyth were unhappy with their car’s balance and ‘tuned her up’ for Sunday where the ‘Prancing Kiwis’ really took flight.

A solid dual-driver aggregate time in qualifying netted TFM pole position for the Highlands 101 endurance race, and the team exited the pit lane sixth on the road after Smyth battled some long-legged rivals in the 300m ‘Le Mans Start’ sprint down pit lane.

With Lester at the wheel, TFM hit the lead within the first handful of laps and at the 30-lap mark held a 35-second lead on the field.

A slick pit stop saw Smyth quickly re-inherit the lead and hold his own against star Pro drivers Shane van Gisbergen (McLaren) and Christopher Mies (Audi) some 30-seconds behind.

After the second compulsory pit stop Lester rejoined the pack under safety car with a lead of close to a lap on second placed van Gisbergen, but any hopes of victory were dashed when the team were disqualified from the race soon after for missing the 2hr pit window closure by no less than three seconds.

TFM immediately seeked a lesser penalty as the #27 continued to circulate, knowing a drive-through or post-race time penalty would still hold them in race winning contention, but this was ultimately unsuccessful.

In a season of poles, lap records, fastest laps and podium finishes, the Kiwi TFM team missed out on their first GT3 win at the final hurdle and preparations have already begun to present a slicker, more polished campaign with the lessons learnt and experience gained in their maiden 2015 season.

What can I say, we’re all gutted. The car finally came good on Sunday after a lot of hard work from the team and the 101 was going even better to plan than any of us expected. Rules are rules and the boys were running frantic calculations right the way up until that final pit stop – we knew if traffic went Graeme’s way we could have snuck in with milliseconds to spare, but we rolled the dice and lost. Nevertheless I’m immensely proud of our home showing and yet again Highlands turned on my most memorable season event with their hospitality and fantastic atmosphere. Thank you to the TFM partners, fans and friends who made the trip to Cromwell to cheer us on.

Highlands – what a rollercoaster of emotions for myself and the team. Saturday’s double AGT podium was amazing and to qualify on pole for the 101  gave me huge confidence going into the race. To have something as minor as a 3-second miscalculation lose us the win, and any result for that matter, was heartbreaking.

TFM went to Highlands with a dual mission – to perform on the track and to give new development driver Shaun Varney some valuable seat time in the 458 in preparation for 2016. Both were a success highlighted by our season-best second place in the final AGT round and yet another pole position for the 101. The 101 crown would have been the icing on the cake but a team error lead to a disqualification after the efforts of Jono and Graeme to build a big lead. TFM were the team to beat on Sunday and it was a proud finish to an exciting debut season for our team.

More details about TFM can be found on the team’s Official website at www.tfmotorsport.co.nz, using the hashtag #PrancingKiwis, or by following ‘Trass Family Motorsport’ on Facebook and @tfmotorsport on Twitter.

Photos are free for editorial use and credited to Velocity/John Morris/TFM. For further information or comment, please contact Jono Lester on media@tfmotorsport.co.nz or +6421 270 1080.