Honours even after Quinn races to first win of 2016 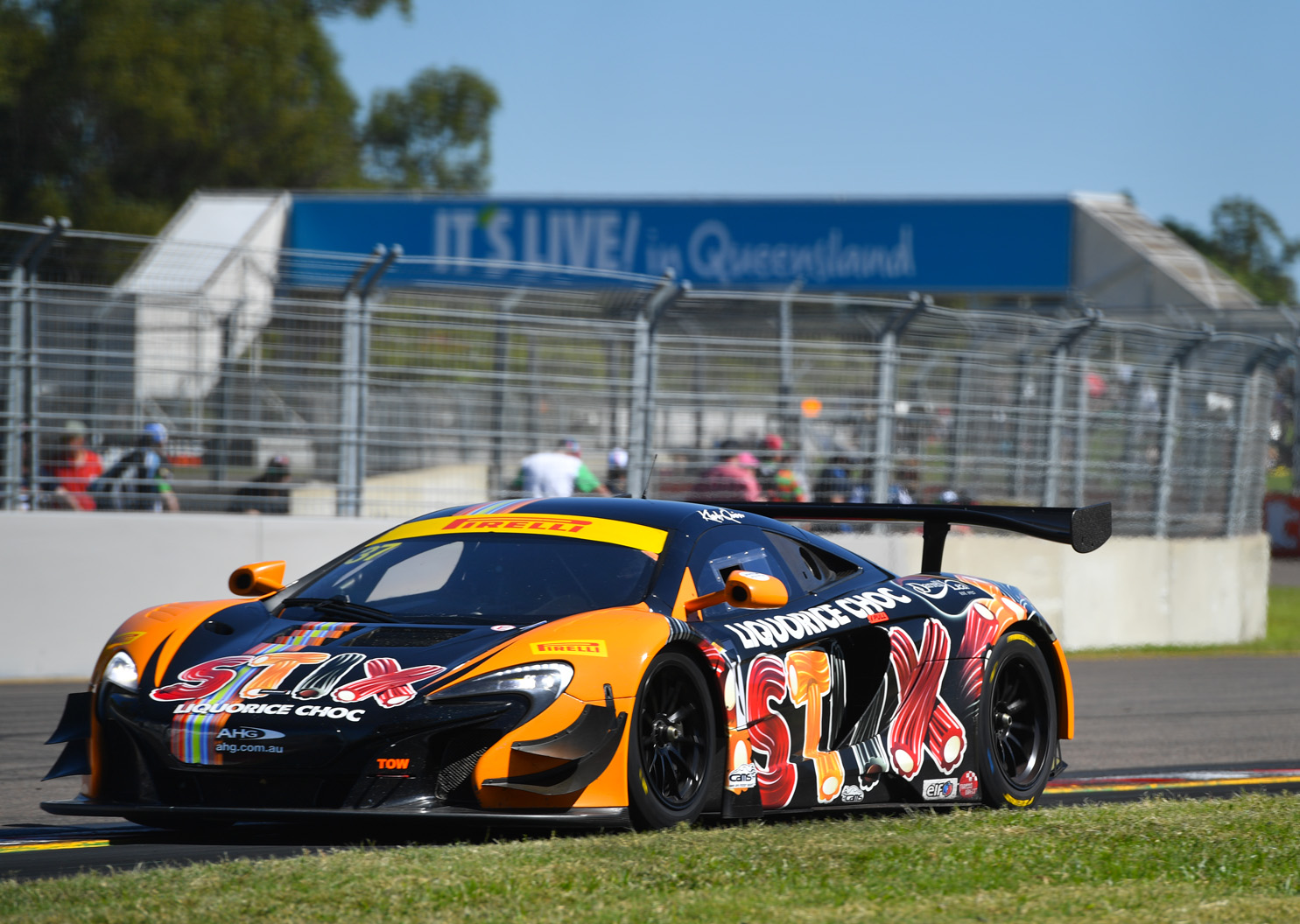 Klark Quinn has claimed his first victory of the 2016 CAMS Australian GT Championship campaign, taking out the first of two races at Townsville, raising the championship stakes in the process.

Having qualified fifth, an electric start saw the Darrell Lea McLaren 650S GT3 driver move up to fourth on the opening lap before seizing the race lead following the pit stop sequence and holding it to the flag in a race than ran without interruption.

Mies had earlier qualified the car on pole, the German becoming the first man to lap the 2.8-kilometre Reid Park circuit under 72-seconds; a feat the reigning Australian GT champion repeated in the race to shatter the previous lap record.

His metronomic stint saw the Audi factory driver reset the lap record on multiple occasions, loweing the benchmark to 1:11.9875 – almost a second faster than the previous mark.

Craig Baird too lapped under the previous lap record before handing the car to Scott Taylor at the stops.

During the pit stop cycle Quinn manged to split the lead duo, taking over second place on lap 28 before making inroads into Bates’ six second advantage.

Quinn slowly reeled in the race leading Audi before making his move for the lead with just 11 laps to run, with Bates taking a strong second place finish at the flag.

A late charge from Roger Lago, who had qualified eighth, saw the JBS Australia Lamborghini R-EX driver rise to third place at the finish, fending off the efforts of the fast finishing Nathan Morcom.

The championship leader heading into the race, a fourth place finish for Morcom, and 12th in qualifying sees, saw Klark Quinn move level on points, 509 apiece, with three races left in the 2016 championship.

The Justin McMillan/Glen Wood pairing raced their way into seventh place in the Interlloy M Motorsport Lamborghini R-EX to give the Italian marque to representatives in the top ten.

Having run third early in the race, the Jonathon Webb/Grant Denyer McLaren Melbourne entry charged back through the field following their stop to take a hard-earned eighth place, missing out on seventh when Marcus Marshall got by on the final lap in the Audi R8 LMS he shared with James Koundouris.

There was non-stop action for John Martin and Neale Muston in the Walkinshaw GT3 as the duo battled their way to eleventh in an incredibly competitive field.

Also in the thick of the action, Nathan Antunes and Elliot Barbour sealed a place inside the top ten, with three McLarens and three Audis represented.

Tony Walls ended the race one spot up the road from Marc Cini, who headed a tight pack of four cars all covered by little more than two seconds.

Shadowing Cini across the line was Scott Taylor, with the Andrew Macpherson/Brad Shiels AMAC Motorsport Porsche just a second further back.

Peter Rullo was also in the mix, the Lamborghini Gallardo ready to pounce should any of the trio ahead have offered opportunity.

We just three races left in the season and a tie at the top of the ladder, Race 2 will be critical in deciding the outcome of what has become a straight shoot-out for this year’s CAMS Australian GT Championship.

Australian GT is back on track tomorrow (July 10) for Race 2, which will be broadcast live on Fox Sports, channel 506. 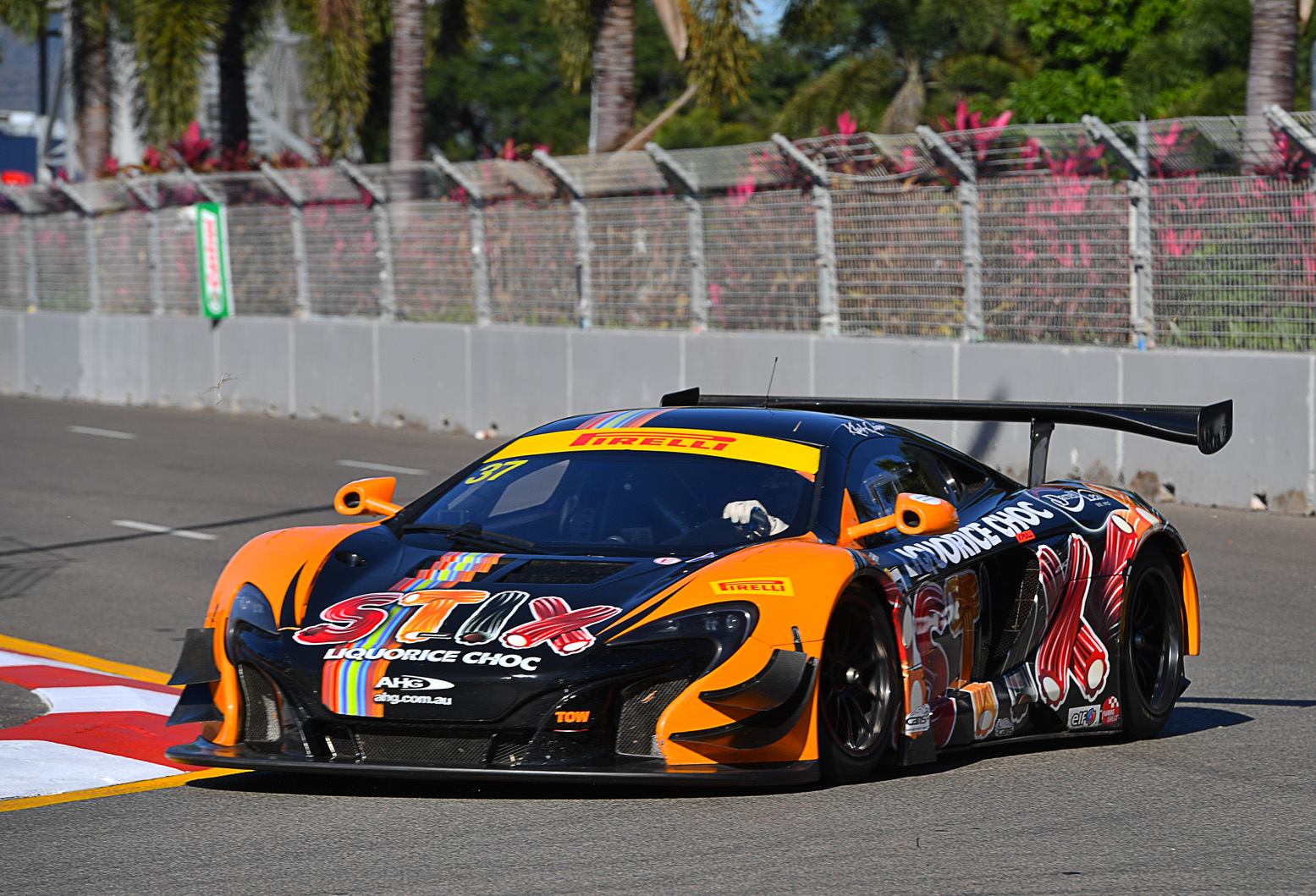 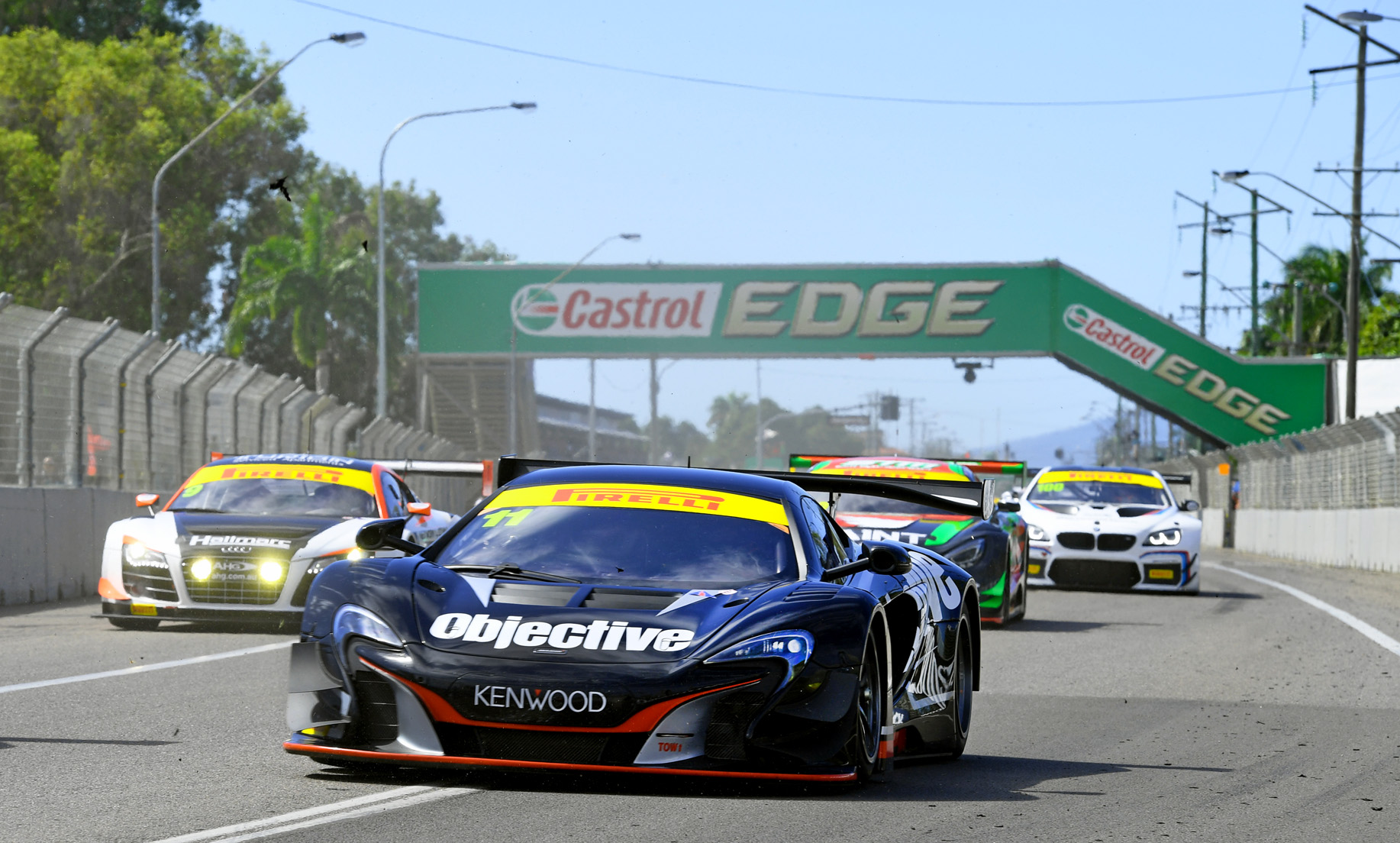