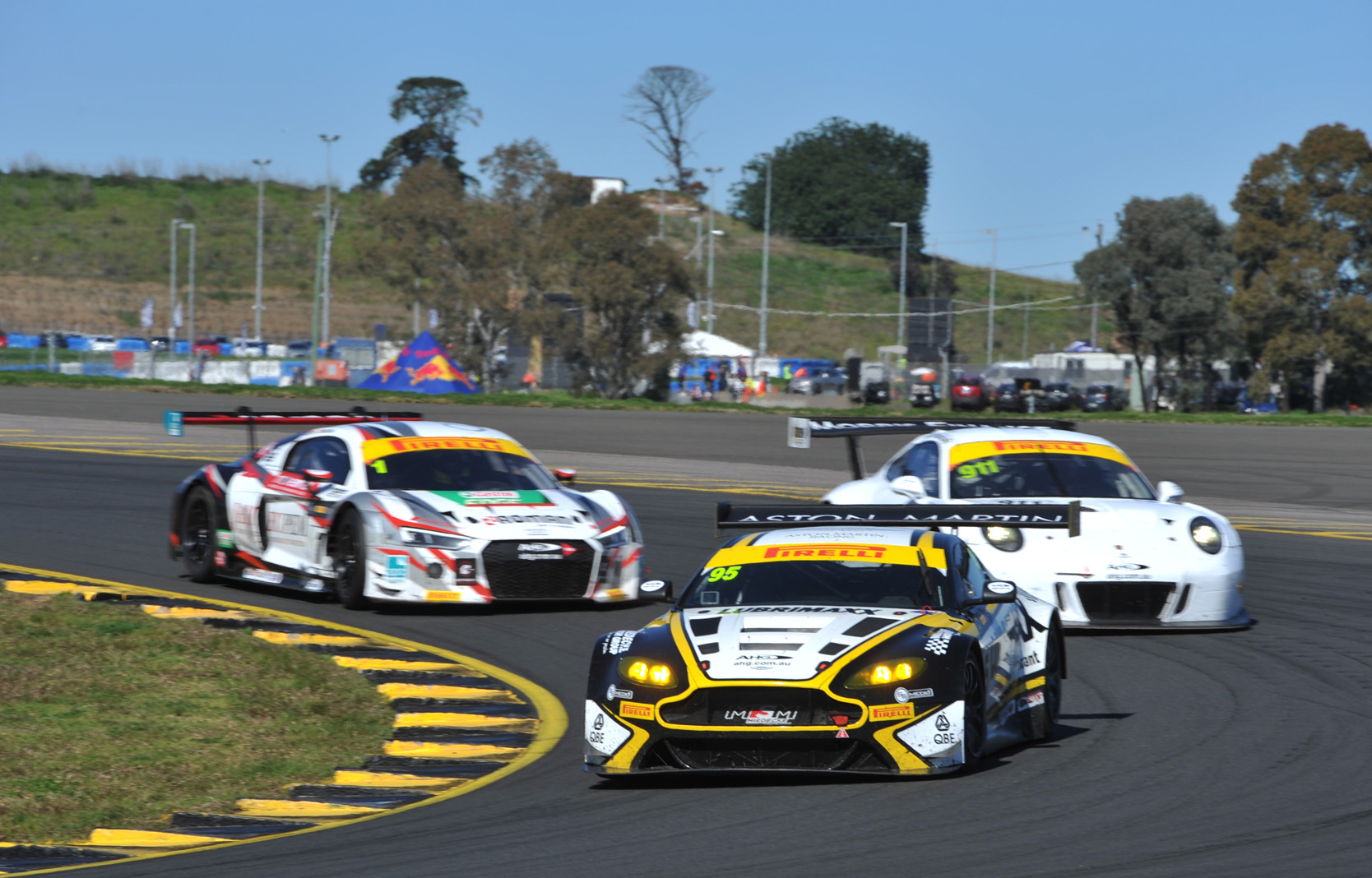 Father and son duo Andrew and George Miedecke have claimed an emotion charged victory in Round 2 of the CAMS Australian Endurance Championship at Sydney Motorsport Park.

The small, family team, with the help of Matt Stone Racing, raced clear of the field to record a deserved victory which left George Miedecke struggling for words.

“That tops it,” he managed after climbing from the Miedecke Motor Group Aston Martin Vantage V12 GT3. “We’re a family team and we just love it. We only got the team together six months ago and this is just good!”

“He absolutely killed it,” added Andrew Miedecke of his son’s performance. “I made a change to the car overnight and we went the wrong way. George could hang on but I couldn’t. We made a change at the last stop and George went out and claimed the lap record; on full tanks!”

After starting from the second row, George Miedecke moved into second place on the opening lap and shadowed early race leader John Martin until the first round of stops.

It was a perfect start, which left the Miedecke Motor Group entry in the race lead with Andrew Miedecke behind the wheel once the first pit sequence was completed.

In control of the race from that point, the pair never relinquished their advantage, with Andrew Miedecke unflinching despite an impressive drive from Duvashen Padayachee who pressed him in the middle phase of the race.

Padayachee had stepped into the Walkinshaw GT3 Porsche 911 GT3-R at the first stop, going on to deliver a stunning 46-lap stint to chase down race leader Miedecke.

His sensational progress though then halted as the experienced Miedecke held firm, pitting from the lead to hand the car back to son George for a final 24-lap the run to the flag.

Martin took the chequered flag in second place, a solid performance for the Walkinshaw GT3 team after building on Saturday’s pole position.

Third place went to the GT Motorsport Audi R8 LMS of Greg Taylor and Nathan Antunes, the pair collaborating to work their way up the order throughout the 101-lap encounter and head home championship leaders Grant Denyer and Nathan Morcom in the McLaren Melbourne 650S GT3.

Refuelling problems at their first stop cost Klark Quinn and Daniel Gaunt before a flash fire at the second stop further delayed the Darrell Lea entry.

Despite the setbacks the pair battled back to seventh place at the flag, picking up a healthy haul of championship points in the process.

One spot ahead was the Eggleston Motorsport Mercedes-AMG GT3 of Dominic Storey and Peter Hackett, with Storey one of four drivers under the existing lap record in a performance that adds valuable points to their title ambitions.

A late charge from Warren Luff netted the Objective Racing McLaren 650S GT3 fifth place after Tony Walls laid the foundation for their performance in the middle phase of the race.

A final lap puncture for Jake Fouracre dropped the Skwirk Online Education Audi R8 Ultra to tenth after a superb performance from the Victorian and co-driver Liam Talbot.

Fouracre had started the race, climbing to an impressive sixth before handing the car to co-driver Talbot who continued to team’s fine performance to take the lead during the pit sequence.

Molina was another to lap under the previous record, with Craig Baird also under the marker in the Scott Taylor Motorsport Mercedes-AMG GT3.

It marked the second successive Australian Endurance Championship event which ran without interruption from the green flag to the chequers, repeating the opening round of the season at Phillip Island which also ran its entire 101-lap journey under green flags.

The next event takes competitors to the newly extended Hampton Downs for Round 3 (October 28-30), the first of a two-left stretch in New Zealand to round out the year. 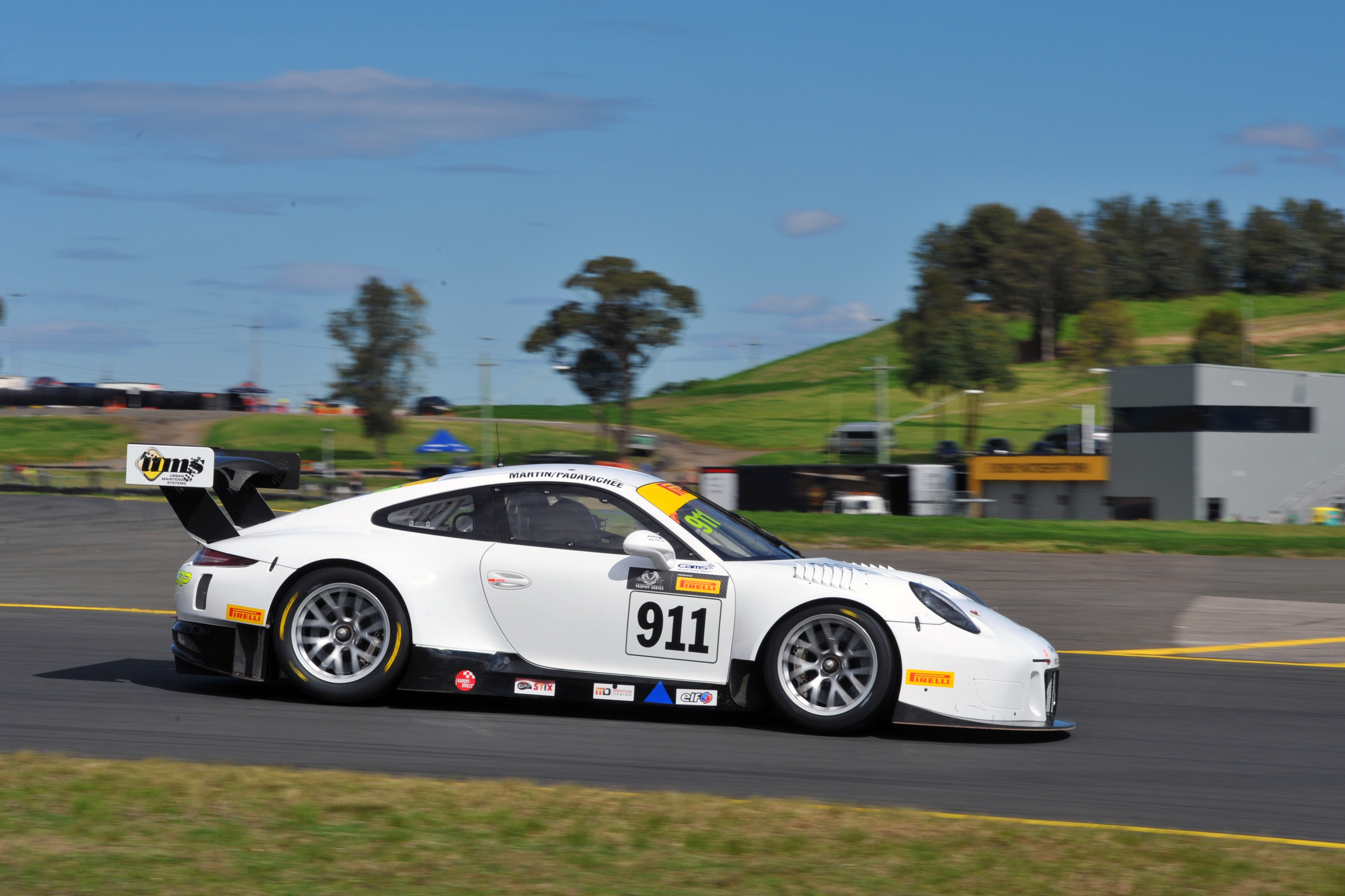 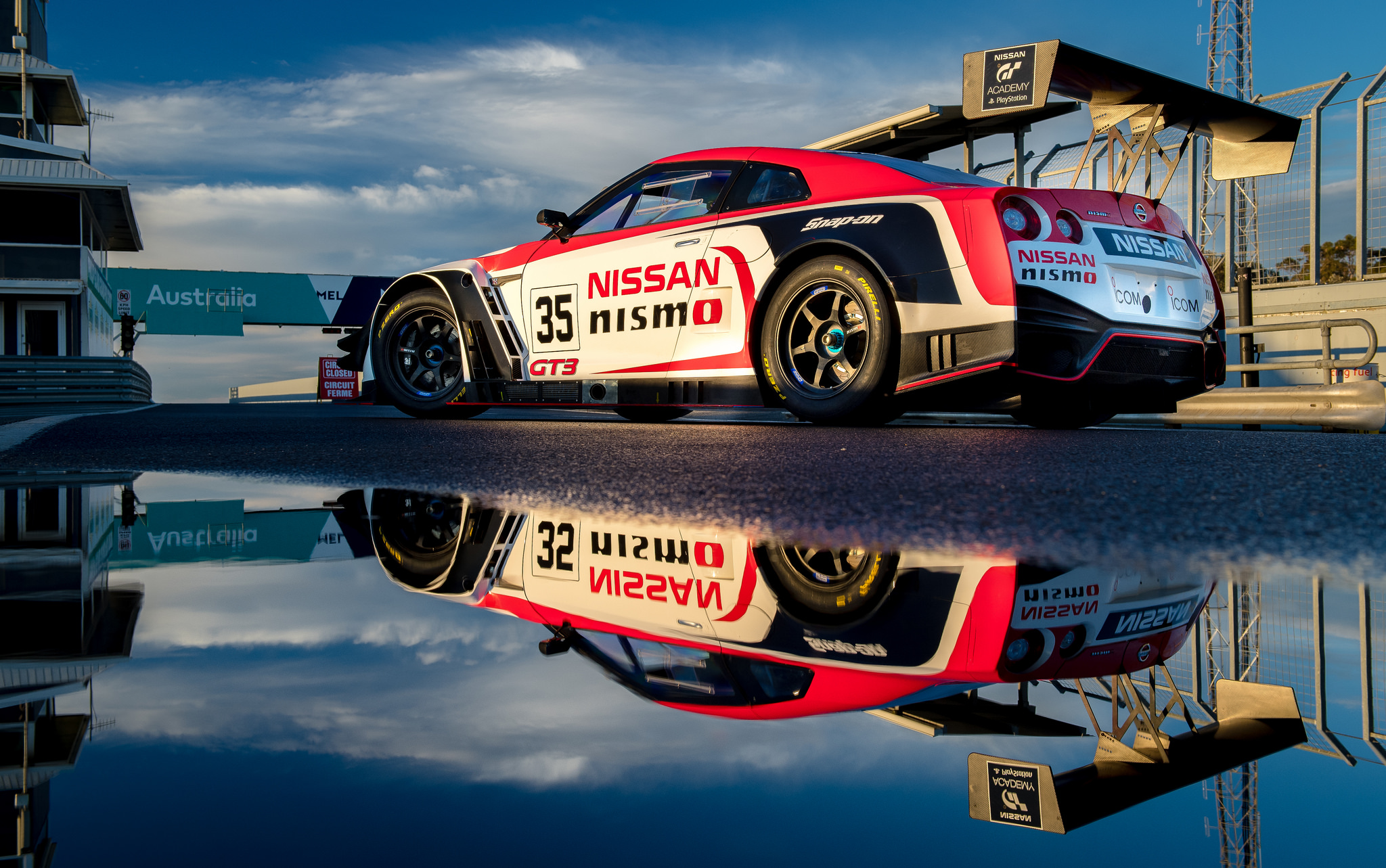