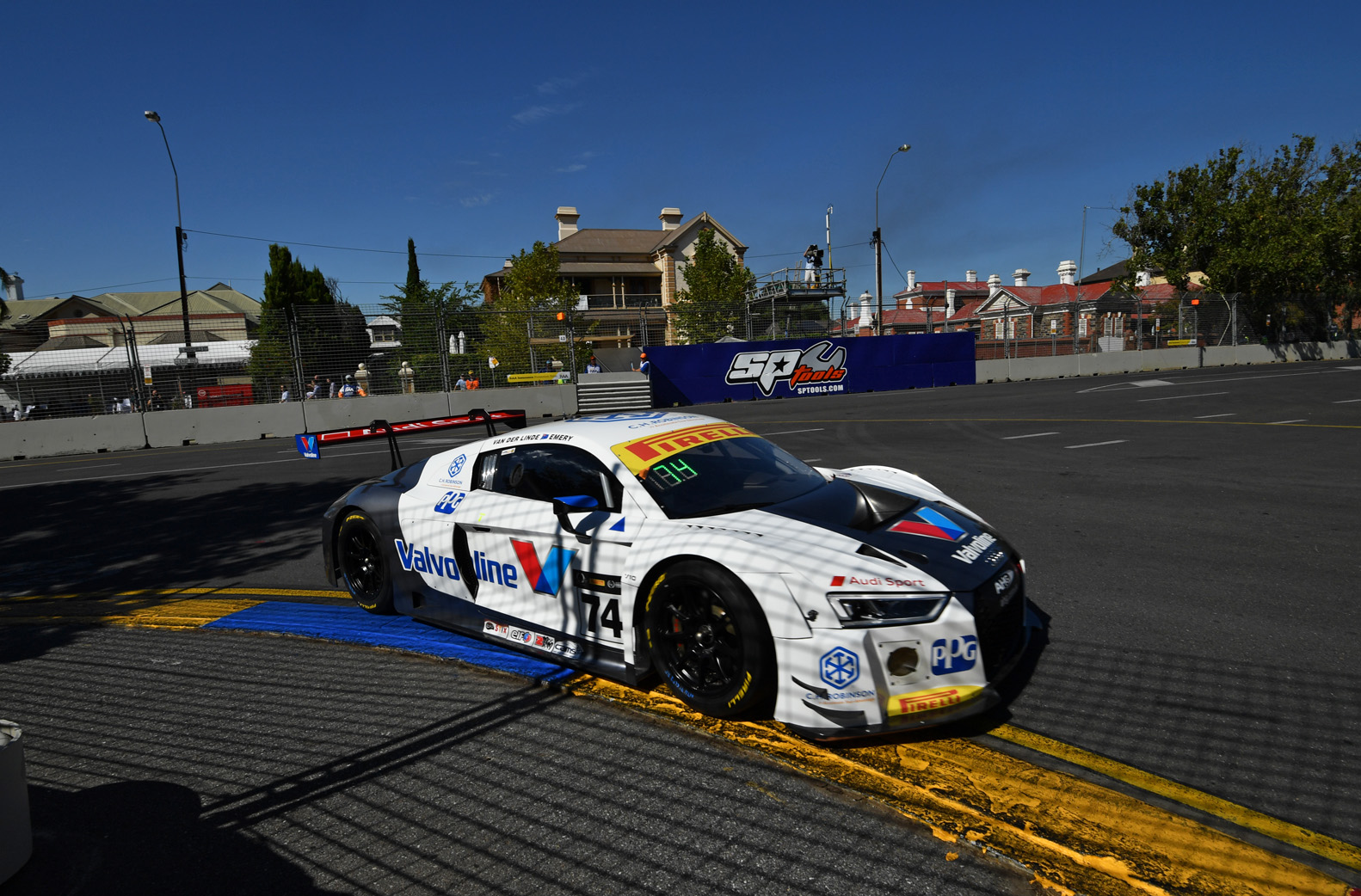 The pair claimed the top spot in the first of two 20-minute qualifying sessions, van der Linde stopping the clock with a 1:20.452s.

That marker then stood the test of time in the second session, backing up the pace the car had shown in opening practice and laying down a gauntlet to the rest of the field as the weekend gets under way.

“We were hoping to qualify in the top five in practice one, the car went really well,” van der Linde said. “The car felt really good straight out the box.

“In Qualifying 1 I had clear track, I was able to get in a good rhythm and in the end it was enough.

“I’m really proud of the Jamec Pem team. I only met them two days ago but everything has just gelled.”

“Kelvin did an awesome job out there,” added Emery. “I jumped in and tried to settle in for the second session in and get my head around it.

“I just built on my times and it just started coming with me.”

Audi locked out the front row courtesy of Ash Walsh and James Koundouris, who recorded the second fastest time in the Supabarn Supermarkets Audi R8 LMS.

Hustling the car around the Adelaide Parklands circuit, Lago’s effort of 1:21.460 ultimately proved good enough for seventh on the grid for the first race of the season.

A spin from Tony Quinn in the opening practice session saw the Darrell Lea entry miss the opening qualifying session, though the team had the McLaren 650S GT3 back on track for Qualifying 2.

Local driver Yasser Shahin became the first victim of the unforgiving street circuit, damaging the rear suspension on The Bend Motorsport Complex entry and forcing the Lamborghini R-EX out of the weekend.

It proved an eventful day, the dusty circuit also catching out Dean Canto, who escaped a wild moment at the first chicane.

Bouncing the Pirelli/Trofeo Motorsport entry over the kerbs, Canto did well to keep the Lamborghini Huracan away from the imposing walls en route to fifth place on the grid for he and co-driver Jim Manolios.

Beginning at the final round of the 2015 season, it stands as the longest run of consecutive pole positions in the Australian GT Championship history.

Races on Saturday and Sunday will follow, with all events broadcast live on Fox Sports, channel 506. 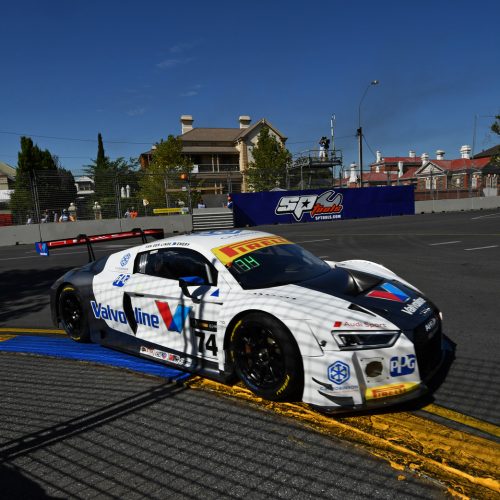 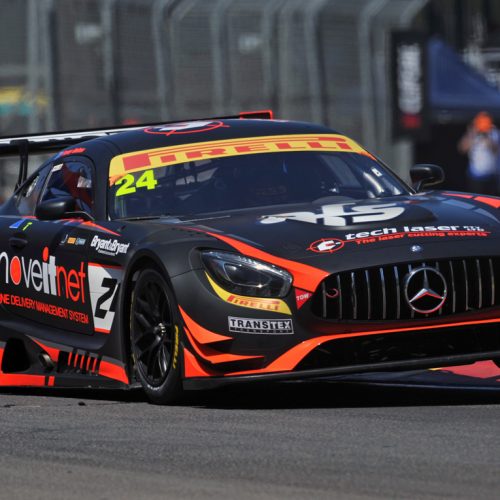 Bates races to victory in Adelaide