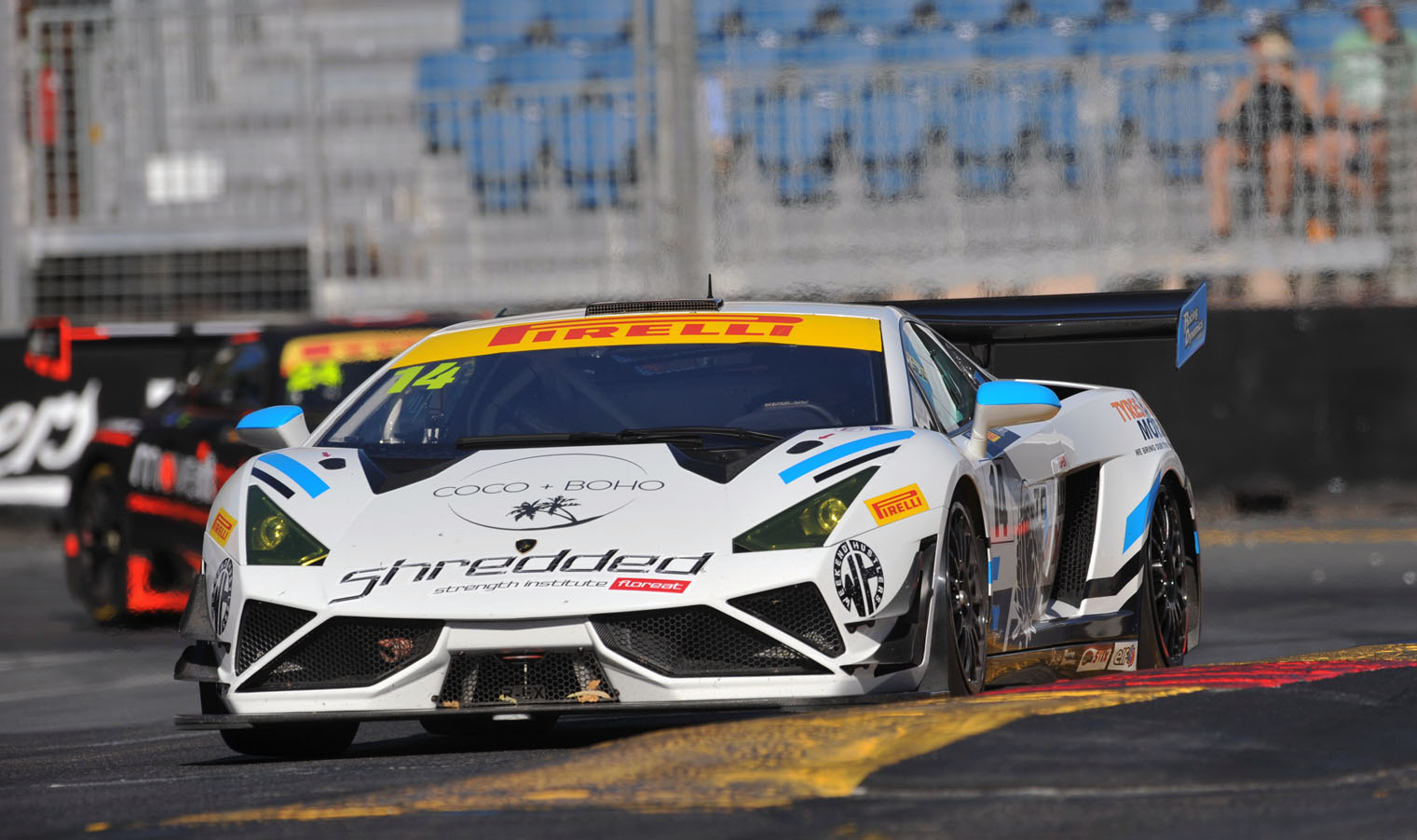 Having claimed third place on debut in Race 1, Major raced his way to the front in the closing stages of the second 40-minute encounter of the weekend, putting a strong move on Roger Lago at the Turn 9 hairpin.

“I set some expectations of myself to try and make it in the top ten, but to get a podium in the first race and then a win has just blown me away,” Major said after his breakthrough victory.

“The team at Zagame Motorsport have put the car together in no time at all,” he added.

“It’s all just happened so quickly, it’s just been amazing. I’ve got to thank Cam McConville and Zagame Motorsport for making it happen.”

Major and Lago had been locked in battle during the first part of the race, with Major hoping he’d done enough to take the lead following the pit sequence.

“I was hoping to pop out of the pits in front of Roger, but it didn’t happen and we had to work for it,” Major explained.

“He’s obviously very experienced in that car and gets off the corners well; he’s fast where he needed to be and that made it difficult for me, so I knew I was going to have to have a big lunge somewhere.

“I got a good run through Turn 8 and had enough pace to make the pass happen at Turn 9.”

An early safety car once again compressed the field when Ash Samadi’s Ah Apartments Audi R8 LMS ground to a halt with a mechanical issue.

At the same time, James Bergmuller also rolled to a halt, though was able to get the BMW Team SRM GT3 back to pit lane.

The stranded cars triggered the deployment of the safety car, whose emergence came soon after Come Ledogar had found his way to the front in the McLaren 650S GT3.

At the restart, the Tekno Autosports driver pushed hard in an effort to extend his advantage, coming within touching distance of the lap record in the process.

However, with little time between the safety car releasing the field and the pit stop window Ledogar would fall back through the field as he handed the car to Fraser Ross.

Ross spent the remainder of the race battling his way forwards, crossing the line seventh after dicing with Ash Walsh (Supabarn Supermarkets), who became the first man to lap the Adelaide Parklands circuit in under 80-seconds.

Following the pit stop cycle, Tim Miles rocketed up the order courtesy of the compressed field and solid pace in the middle part of the race.

Opting to stop at the last possible moment before the pit window closed, Lago emerged at the head of the race despite having a longer stationary time than second placed Major.

What followed was a thrilling battle for the lead between the two Lamborghini R-EXs as Major harried the back of Lago’s JBS Australia entry.

A good run out of Turn 8 on lap 23 saw the PM Motorsport car make the decisive move up the inside of Lago at the Turn 9 hairpin.

Refusing to give up without a fight, Lago remained in contact with Major until the final lap, Major gaining a small but crucial lead to take the chequered flag for his first Australian GT race win.

The result marked the first Lamborghini 1-2 in Australian GT competition since John Bowe and Mark Eddy took the top two spots at Phillip Island in 2008.

Major will now line up on pole position for tomorrow’s final race of the weekend, which is set to get underway at 9.55, the race broadcast live on Fox Sports, channel 506. 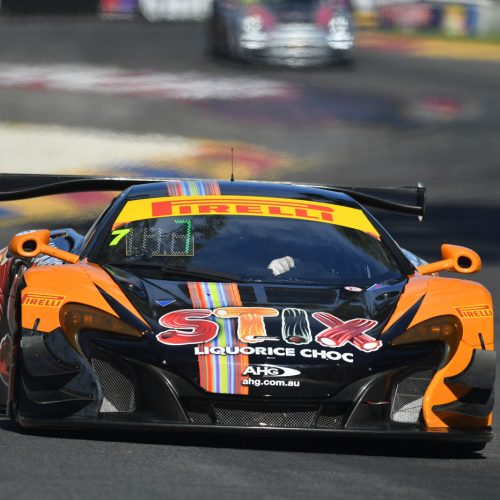 Crash rules Quinn out of weekend 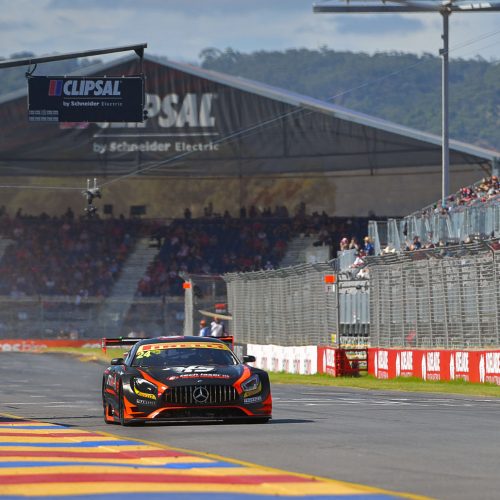