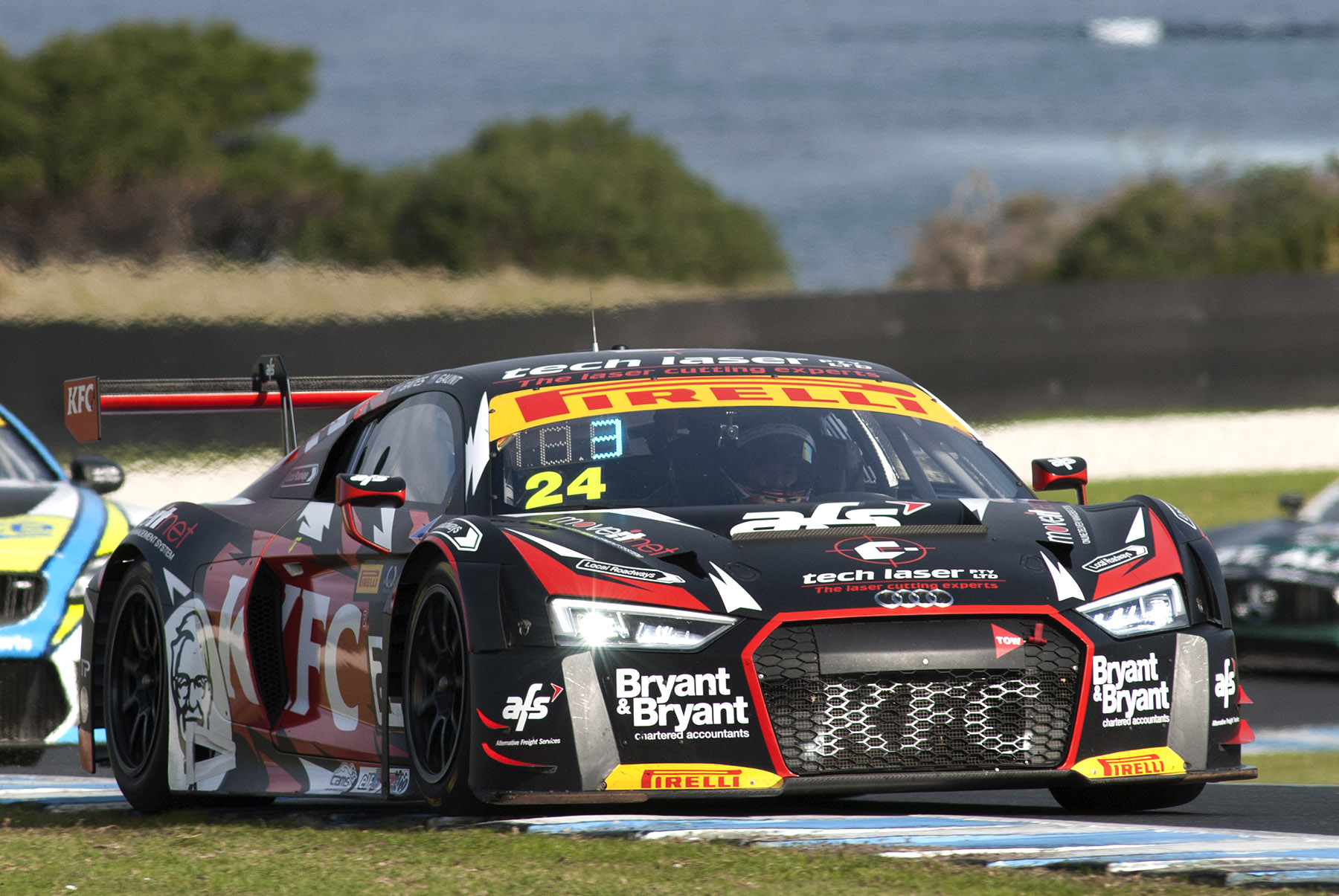 Two-time 2018 Australian GT race winner Tony Bates will make a surprise return to Australian GT at Phillip Island this weekend, returning to the seat of the #24 AFS/Ctech Laser/Moveitnet/B&B Audi R8 alongside former LMP2 front-runner John Martin, the two drivers sharing the car that Bates and Daniel Gaunt took to victory at the Island last year.

Off the back of a tough weekend in the third event of the Audi Sport R8 LMS Cup in Shanghai last weekend, Bates hadn’t been scheduled to compete in the opening round of the CAMS Australian Endurance Championship, but a late opportunity to jump back in the seat alongside Martin was too good an opportunity to pass up.

“I’m still shattered from the weekend,” Bates lamented. “I had a shocking head cold which really set me back behind the eight-ball at Shanghai, a circuit that really rewards experience. It really affected me in race one, then in the second race I was well enough to be battling for a podium result before a technical issue stopped me halfway around the circuit on the last lap.

“I’m also up for a major disc replacement operation on my neck next week, so no excuses, but in preparing for that, I’d ruled myself out of Phillip Island, although after the frustrations of last weekend I was keen to get back in a car and go after a win, so when it became clear John [Martin] was able to join me for this weekend, I thought why not.”

Bates has been a regular at the front of the Australian GT field over recent seasons, the experienced GT campaigner winning one of the three Sandown sprint races last year, before joining Gaunt at Phillip Island to win the safety-car affected Phillip Island endurance round.

“I love Phillip Island in a GT car, it’s very, very rewarding,” Bates admitted. “I might not be 100%, but I will give it my all, and I think driving alongside John for the first time, we will make for a great pairing and if the cards fall the right way, there’s no reason why I can’t win that race for the second year in succession.

“He is a proven front runner and if I can do my part and hand the car to him in a good position, then hopefully we are in for a solid result.”

For Martin, he is looking forward to the opportunity to get behind the wheel of an R8 after seeing so much of them last year as part of the two-driver combination with Liam Talbot campaigning a Porsche GT3 R, that pairing leading for much of the event at Phillip Island before falling short late in the race, the Queenslander admitting that this year is very much about unfinished business..!

“After racing against them [Audis] for a few years I always wanted to see for myself what they were like and why they were so fast,” Martin admitted. “After doing some laps at a recent test day it was easy to see why they are so good. There are still a few things that I have to learn about the car to be fully comfortable, but I’m sure we’ll get on top of that pretty quickly once the race arrives.

“At the moment I don’t really have any expectations for the weekend as there will be a lot to get used to with a new car, a new team-mate and a new team, we are just going to go and do the best job we can and continue to learn – if everything falls into place then I believe we can fight at the front, and from there, let’s see!” 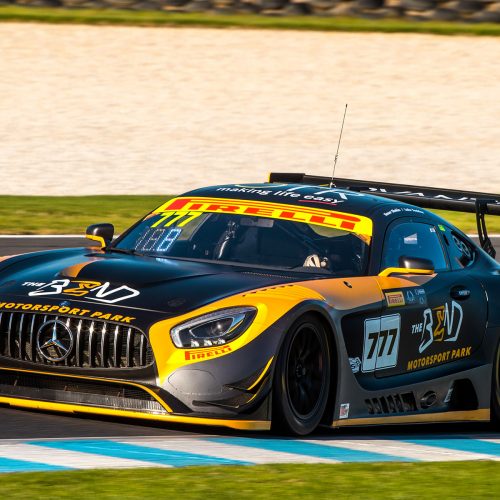 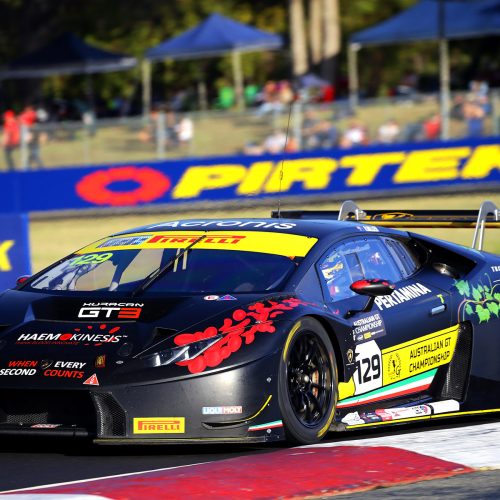