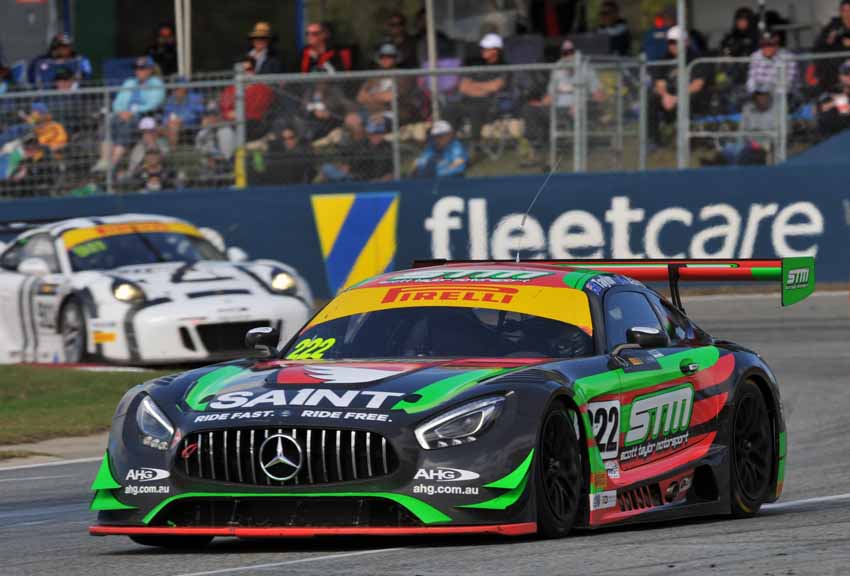 Craig Baird charged through the field to claim victory in Race 2 of the CAMS Australian GT Championship at Barbagallo Raceway.

An intense 20-minute sprint to the flag ended the weekend with Baird scything through the field.

The Scott Taylor Motorsport Mercedes-AMG GT3 claimed the lead from Klark Quinn with little more than three minutes remaining to win the final race of the weekend.

The race began with Race 1 winner Steve McLaughlan holding his advantage into turn one before Klark Quinn found a way by at Turn 6 on the opening lap.

An incident between Roger Lago and Geoff Emery drew the red flag just one corner further on, the Audi driving making contact with the tyre barrier near pit entry.

Emery was taken to hospital for precautionary scans as a result of the impact, with a red flag needed to clear the Audi R8 LMS and repair the tyre wall.

It left time for a 20-minute sprint to the flag, with Baird wasting no time in beginning his charge towards the front.

His progress was halted by Nathan Morcom, who was trailing Klark Quinn in what became a three-way battle for the lead. That group expanded to a six car lead tussle when Jonathon Webb, Nathan Antunes and John Martin joined in.

Baird though wouldn’t be denied and found his way into second before putting a move on Quinn into the first corner to take the lead.

At the same time Martin in the Porsche 911 GT3-R was putting a move on Morcom for third, a spot he would hang on to until the finish.

There was a similarly tense battle over seventh place with a train of eight cars constantly swapping positions.

Nathan Morcom was classified sixth, the McLaren 650S GT3 struggling for pace in the final stages, though the result still proved enough to take out the round.

“We didn’t expect that,” Morcom said afterwards. “I lost the tyres towards the end and I wasn’t going to hold them up – if you fight with somebody you lose time, and I wasn’t racing them, I was racing the clock to the cars further down the road.”

Second to Morcom for the round was Klark Quinn with Scott Taylor and Craig Baird third, while Roger Lago extended his advantage in the Gold Driver Cup with a consistent weekend. 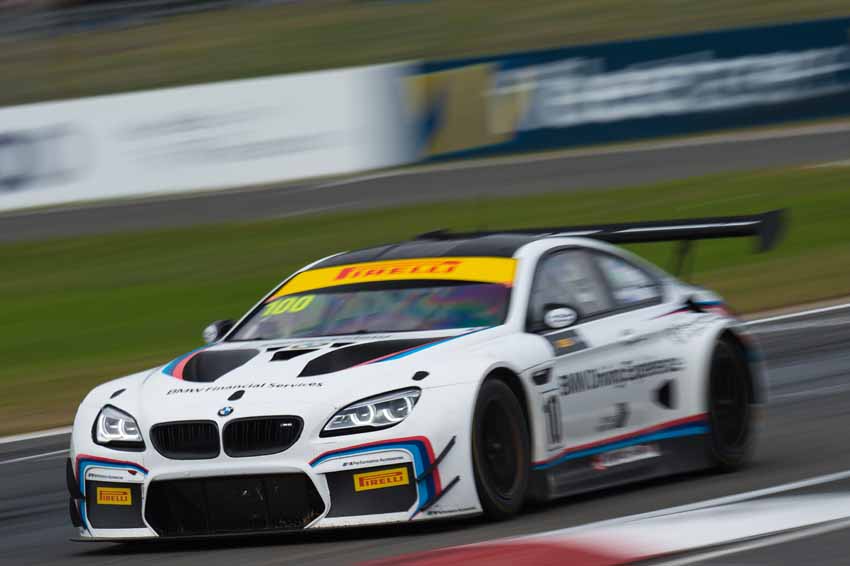 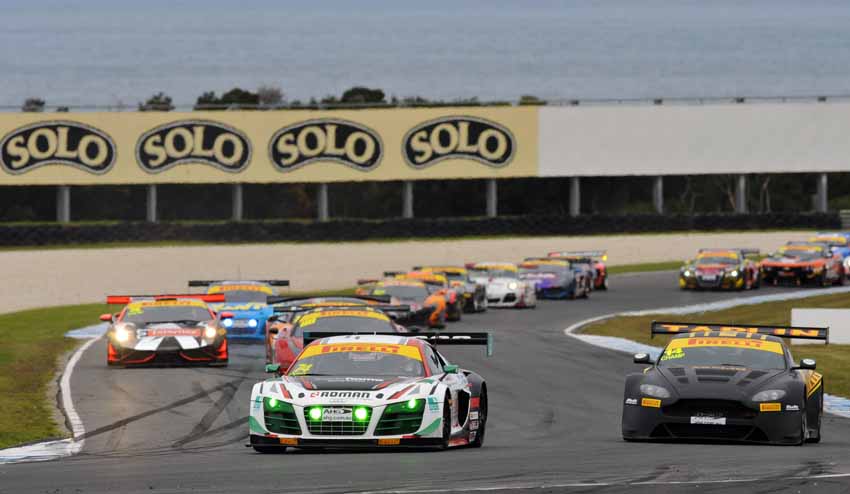