Off the back of news of the increased focus on GT4 competition in the 2020 CAMS Australian GT Championship, McLaren’s Australian customer racing team 59Racing have revealed that they will campaign their McLaren 570S GT4 with the intention of finding emerging young drivers looking to take a step into GT competition.

Having debuted the car at the season-opening Australian Grand Prix event with great success at the hands of Sydney’s Ryan Simpson – who has since stepped into the stunning 59Racing McLaren 720S GT3 alongside Fraser Ross – the car will return to action at Sandown for the final round of the CAMS Australian Endurance Championship at the hands of two rising young stars.

The team acknowledges that not everyone has a ready-made budget or family with deep pockets, so they are working with the manufacturer to establish opportunities for young drivers who are keen on entering sportscar racing, using the emerging GT4 category as the platform.

Based on the car’s performance at the Grand Prix, it was clear the 570S has the ability to fight for a podium finish, but importantly for the 59Racing team, they are focussed on using the car to provide talented young drivers with a pathway through to GT racing globally thanks to their relationship with McLaren Automotive.

For the 570S GT4’s return at Sandown, second-generation driver Christian Fitzgerald will join British GT regular Michael O’Brien who is a member of the McLaren Automotive junior performance academy, the 25 year-old a regular in the car in British GT, having placed third in the hotly-contested championship last year before taking two Pro-Am wins in the same category driving for Balfe Motorsport this season.

O’Brien comes hot off the final round of the 2019 British GT season at Donington Park just the weekend ahead of Sandown, where he competed in a 570S GT4 alongside fellow Brit Graham Johnson. Unlike his new 59Racing team-mate Christian Fitzgerald though, O’Brien will come into the Sandown event as a rookie on the tight and unforgiving Sandown circuit, a circuit though similar to those on which he competes in the UK, from which he can draw on extensive experience.

For Fitzgerald, the Sandown event will mark his Australian GT debut, although he has plenty of experience to draw on, not the least of which will come from his famous father Peter, who includes a string of national titles in GT Production cars to his name in a career that stretches more than 40 years, a career that also includes a significant number of starts in Australian GT.

Whilst focussed on his Evolve Technik business in Melbourne’s east over recent years, Christian Fitzgerald has stayed race fit, with a good mix of Porsche Club Days at Sandown, mixed with appearances in the NSW Production Touring Car Championship, so he will no doubt be ready for the experience of muscling the twin-turbo 3.8-litre V8 McLaren around the 13-turn, 3.104-kilometre circuit.

Track action begins at Sandown on Friday, 20 September with a solitary practice session at 10:10am (AEST), ahead of qualifying at midday on Saturday and the opening one-hour leg of the endurance championship at 3:30pm. The remaining two one-hour legs will come on Sunday at 10:35am and 4:50pm respectively, the top point scorer for each of the legs classified as the round winner in both the GT3 and GT4 categories. 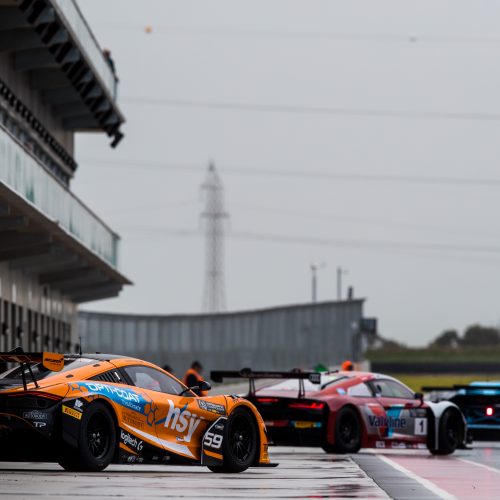 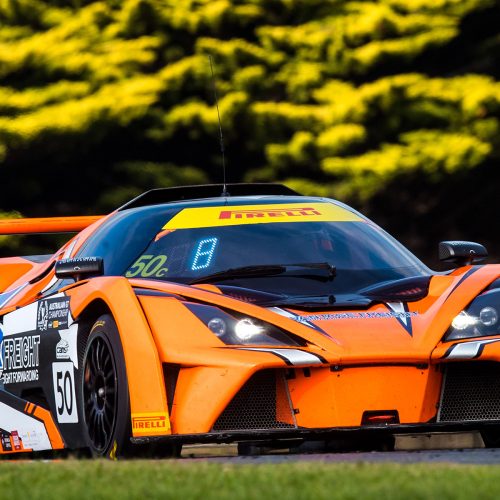